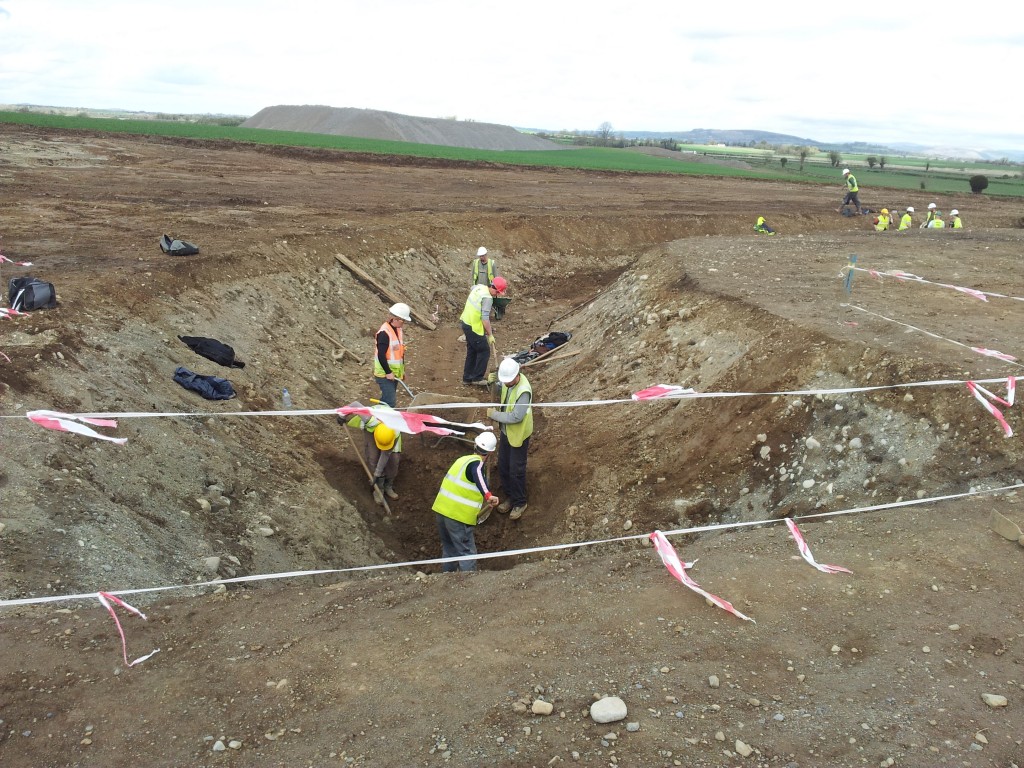 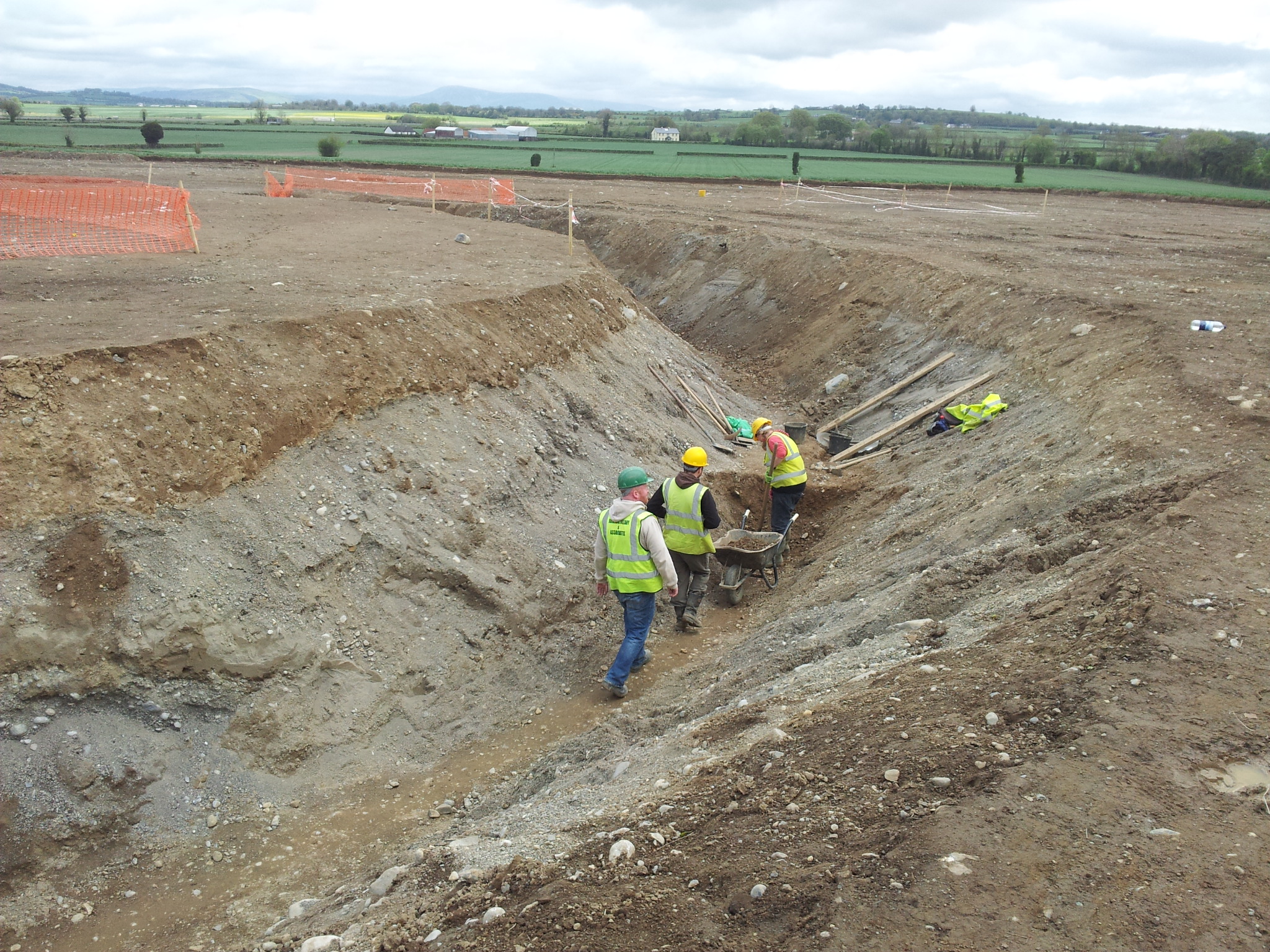 Archaeological investigation at Ballyburn Upper, Co. Kildare has been continuing since 2008. The work has been carried out on behalf of Dan Morrissey (IRL) Ltd., under the terms of the ICF Archaeological Code of Practice, as a condition of the planning permission to develop a quarry at the site. The investigations have taken place over a considerable area of landscape. Geophysical Survey carried out at Ballyburn Upper in March 2008 by Earthsound archaeological Geophysics investigated an area of 50.5 hectares and identified a wide range of archaeological features ((Licence Number 08R28). These included a multi-vallated enclosure, and a range of other potential archaeological deposits in 8 other areas of the site. These potential sites were investigated in 2008 by Nial O’Neill for Headland Archaeology who carried out a test excavation (Licence Number: 08E0634) and confirmed the presence of a range of archaeological features at the site.

The features in the northern and western part of the site were fully investigated in 2009 by Nial O’Neill (Licence Number: 09E0128).  The excavation uncovered activity extending from the Middle Bronze Age to the Early Medieval period. A Middle Bronze age pit and Late Bronze Age hut was excavated in areas D and C. An area of unenclosed Early Medieval activity with evidence for butchery, leather working, iron smithing, metal casting, weaving and charcoal production but no settlement evidence was investigated in Area D. This activity indicated the presence of an Early Medieval settlement in the vicinity of the activity which has now been confirmed as the contemporary multi-vallated enclosure. This work was followed up later in 2009 by the archaeological testing of the multi-vallated enclosure identified through geophysics. This work was also carried out by Nial O’Neill (Licence Number: 09E0193). The presence of the enclosure was confirmed by the archaeological testing.

Due to the collapse of the economy there was no further archaeological work carried out at Ballyburn until 2013 when the investigation of the multi-vallated enclosure resumed. The excavation was directed by Ross McLeod for Rubicon Heritage (formerly Headland Archaeology IRL) (Licence Number: 13E045). The excavation revealed a multi-vallated enclosure with substantial enclosing ditches, industrial activity in the area between the ditches and substantial settlement evidence in the interior of the inner enclosure. There is evidence for a possibly wood-lined souterrain and possibly two structures as well as a range of hearth and stake-hole features. A wide range of early medieval artefacts of iron, copper alloy, glass, lignite, stone and bone have also been recovered. Considerable quantities of animal bone and metallurgical debris was also found on the site. The remains of a number of adults and children were also recovered from features on the site. A full programme of post-excavation analysis,  which is being funded by the developer, is proceeding.

The results of the 2008-9 excavations have already been published by O’Neill (2010) and the 2013 work will follow once the post-excavation analysis has been completed. One of the important conclusions of the investigations is that they indicate that a considerable amount of the activities required to support an Early Medieval settlement could take place outside the enclosure. Without a landscape approach to archaeology these extramural activities will go undetected.

O’Neill, N. 2010. Settlement and economy of an early medieval site in the vicinity of two newly discovered enclosure near the Carlow/Kildare border. Journal of Irish Archaeology XIX, 71-100.