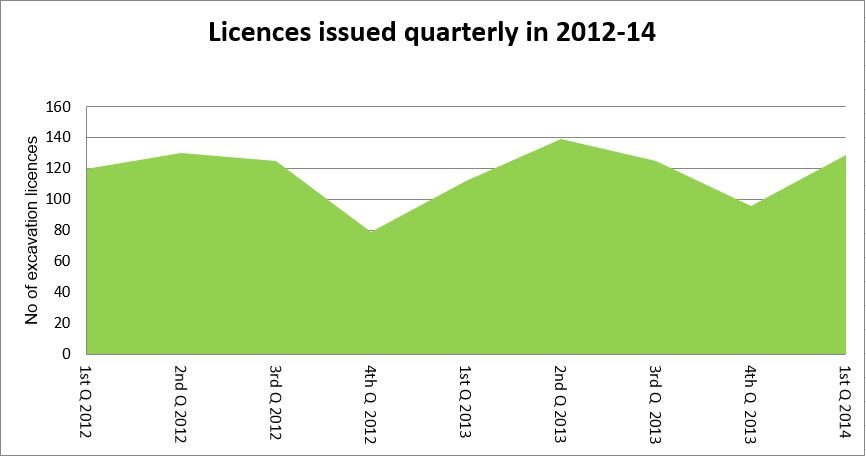 In the first quarter of 2014 to the 31st of March there were 129 new excavation licences issued by the National Monuments Service in the Republic of Ireland. This is an increase of 15% over the number of 112 new licences issued in the first quarter of 2013. Other types of licence and consents, that I haven’t previously tracked, also showed increases. There were 47 extensions to licences taken out in previous years and 26 Ministerial Consents for excavation were issued. This data supports the conclusion of my post of the 19th 19th of December 2013 that the decline in archaeological work had ceased and activity was recovering.

The archaeological licencing figures are supported by the Ulster Bank Construction PMI Report  for February which registered a statistic 56.2 (a figure above 50 indicates expansion in activity), the sixth consecutive month of increase in construction activity. The increased construction activity has also seen a rise in employment in the sector. Respondents were generally optimistic for the year ahead citing improved developer confidence amid stronger economic conditions.