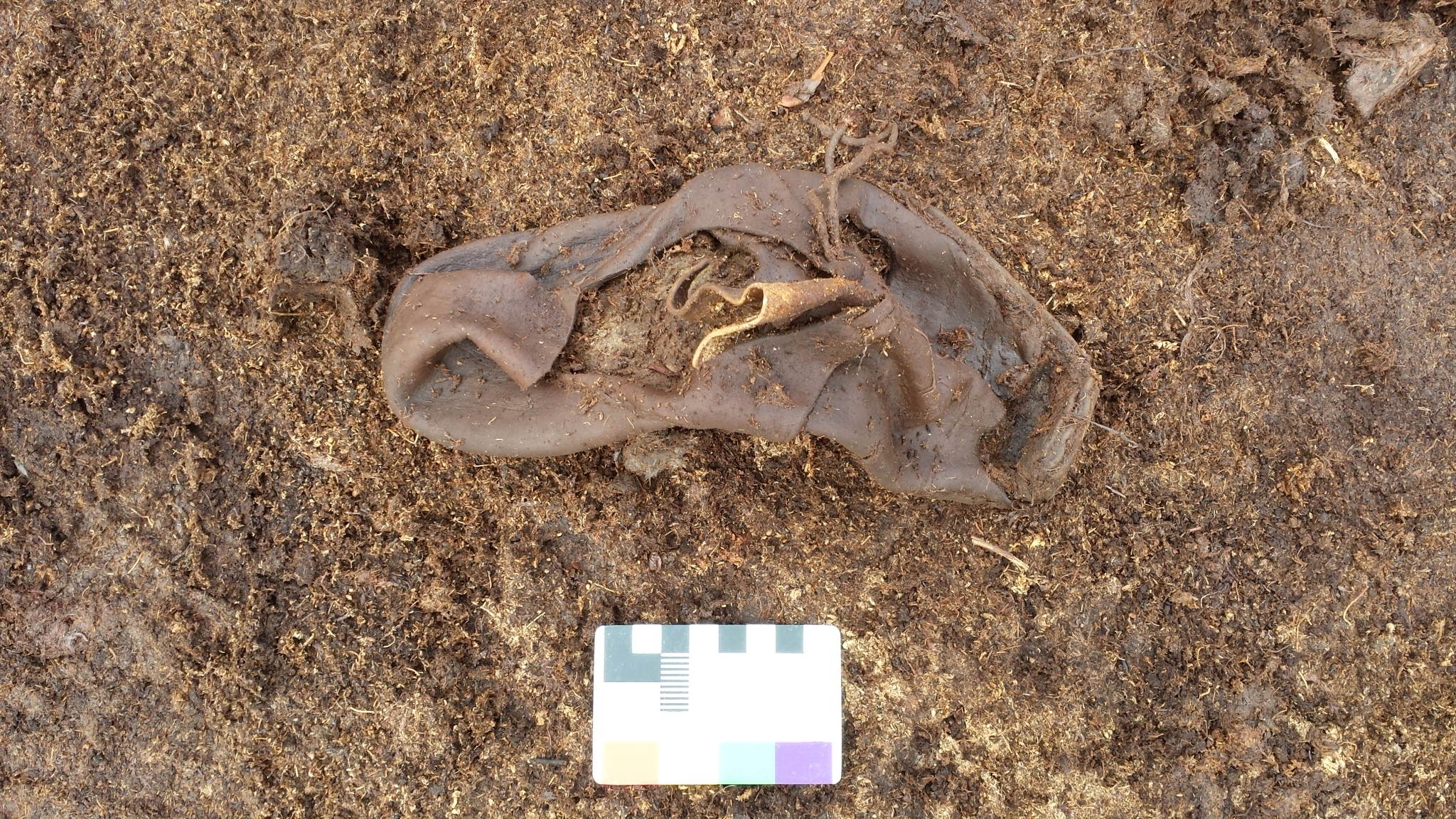 I am the Bord Na Móna Project Archaeologist and this year we are inaugurating a new 3 year campaign of archaeological and palaeoenvironmental investigations in the peatlands of Ireland. This is a link to my contribution to Day of Archaeology 2014 on the work. 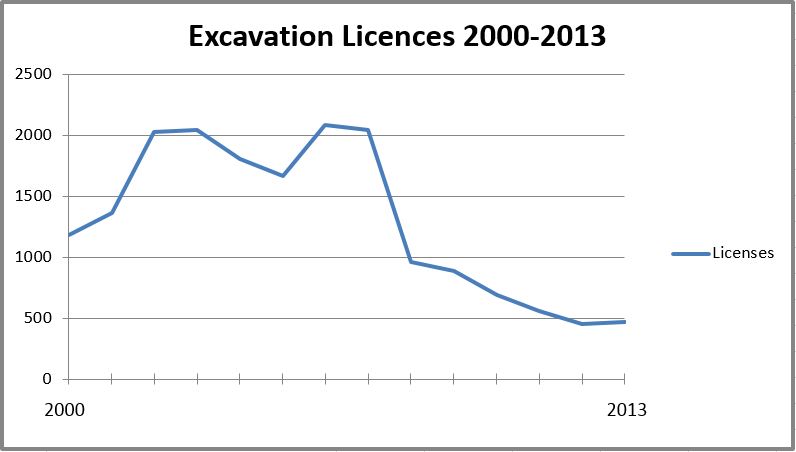 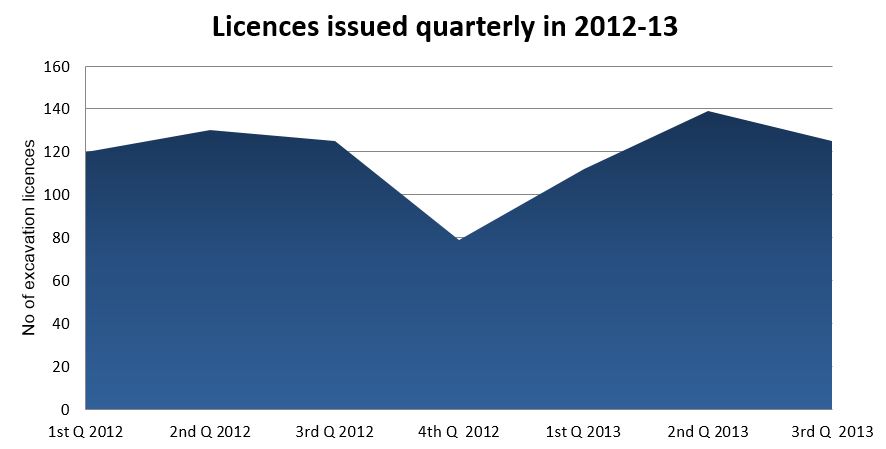 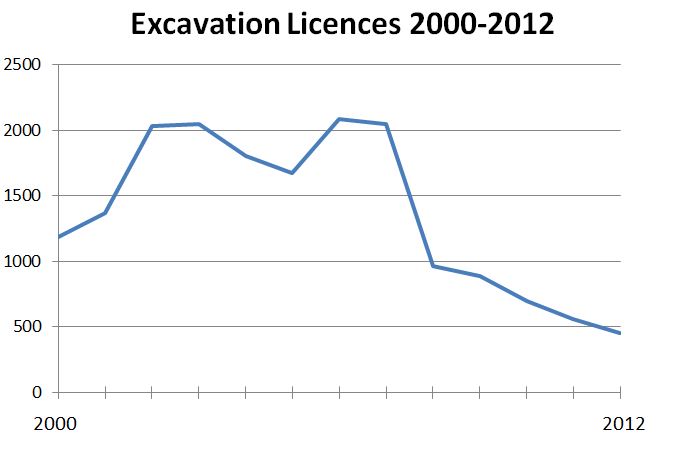 Archaeological Licenses indicate that in 2012 archaeological activity in Ireland continued to contract for the sixth year reaching a fifteen year low.

Figures provided by the National Monuments Service indicate that the total number of archaeological excavation licenses issued for the year 2012 was 454. This is a reduction of 18.6% from the 558 licenses issued in 2011 and indicates that both archaeological investigations and the construction activity that they relate to continued their decline. This now represents a drop of 78% from the peak of archaeological activity in 2006. The level of activity is comparable to the year 1997 when 467 excavation licences were issued. As indicated in my December 2011 post on the topic excavation license and construction output show a high degree of correlation and it is anticipated that this almost 19% drop in archaeological activity will be mirrored by a similar drop in construction activity. In view of the current economic trends it is not clear when the decline in Irish construction and archaeological activity will stop. Current analysis would indicate that the trend will continue through 2013. I have been reporting the figures on a quarterly basis since the first quarter of 2012 and will be reporting changes in quarterly activity from March 2013.