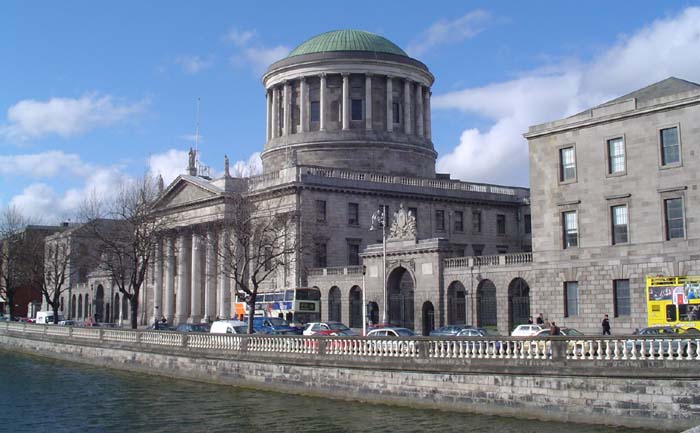 The Four Courts in Dublin

Recent controversy surrounding the inclusion of a site on the Register of Historic Monuments, leading to a trip to the High Court in Dublin, has been reported in the Irish media. I’m not going to comment on the merits of this particular case but I want to discuss a major omission from what to many is a little known part of the Irish Monuments Acts. The Register of Historic Monuments was established under section 5 of the National Monuments (Amendment) Act 1987. The section states (with amendments and changes of responsibility) that the responsible Minister shall establish and maintain a Register of Historic Monuments. The Minister shall enter in the Register the name, location and description of the monuments and other archaeological sites known at the commencement of the Act, and any monuments or areas that become known after the commencement, which in his opinion should be entered. The Minister may also amend or delete entries in the Register.

Where the owner or occupier of a Registered Historic Monument or any other person proposes to carry out work in relation to the monument or area, he shall give notice in writing of his proposal to the Minister and shall not, except in a case of urgent necessity with the consent of the Minister, commence the work for two months after giving the notice. A person shall not demolish or remove wholly or in part or disfigure, deface, alter or in any manner interfere with a Registered Historic Monument. A person who contravenes this section shall be guilty of an offence. The Register performs an important function in safeguarding the cultural heritage of Ireland but the manner in which it is operated appears not to have kept in step with the times.

What about the procedures for entering monuments in the register?

The inclusion of lands on the Register can have a substantial impact on the ability of a landowner to enjoy the use of his or her lands and may have also an impact on the land’s value. Therefore one would expect that there are a rigorous set of procedures for consulting with landowners and for landowners to appeal the registration process. However, An examination of the 1987 National Monuments Act reveals that there are no procedures set out for entering a monument or area in the Register other than stating that the Minister may enter monuments or areas that in “his opinion” should be entered. This sounds very arbitrary and there is no consultation or appeal procedure established in the Act.

The Register of Historic Monuments is not mentioned in the Department of the Environment’s (who had responsibility until recently) Customer Service Action Plan 2009-11, nor is there any procedure for including monuments in the Register on the Departments’ website. In relation to major infrastructure projects, such as the N25 Waterford City Bypass, the Minister has established a working group to advise him on the preservation and archaeological investigation of the Viking site at Woodstown, Co. Waterford. He then accepted the Groups recommendation to enter the site in the Register of Historic Monuments in 2008. However, this procedure appears to have been used in relation to only a handful of state-sponsored developments.

In the Review of Archaeological Policy and Practice published by the Department of the Environment in 2007 the issue of opening the listing and registering of monuments and sites to public consultation and scrutiny was highlighted. However, to date nothing has been put in place. On the face of it this appears to be contrary to the principles of natural justice, but it would seem that for the moment the only place where a landowner can expect to appeal the imposition of a registration is in the High Court.