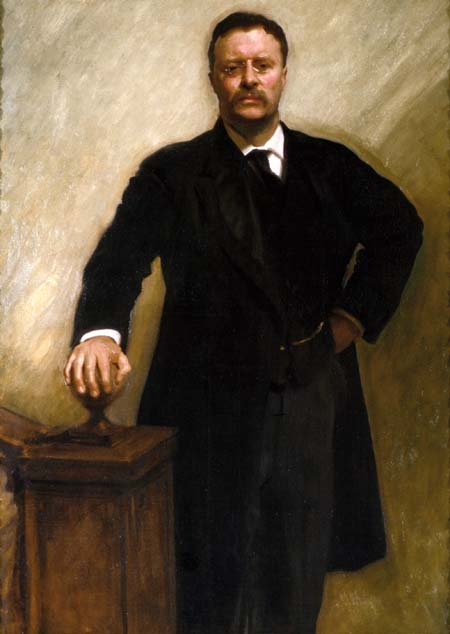 Theodore Roosevelt was one of the most extraordinary people to have held the office of President of the United States. A graduate of Harvard he served in a variety of administrative and elected offices culminating in the Presidency on the death of William Macinley in 1901. Roosevelt also had an insatiable curiosity about the world. He travelled extensively, climbed mountains, hunted wild game, fought in Cuba and ranched cattle in North Dakota. He was a progressive and conservationist and helped establish national parks and forests as well as supporting the Pure Food and Drug Act of 1906. Roosevelt also had a lifelong interest in world literature and poetry and was the author of books ranging from a History of the War of 1812 to The Winning of the West and was an editor of Outlook Magazine. What has been little appreciated was his interest in early Irish literature.

At the end of the nineteenth century an Irish Literary Revival lead by people such as Lady Augusta Gregory and William Butler Yeats, amongst others, emerged. Like any revivalist movement the Irish Literary Revival or Celtic Twilight drew on an earlier literary tradition, in this case the Medieval Irish manuscripts that preserved versions of Iron Age mythology. Lady Gregory in her book Cuchulain of Muirthemne, published in 1902, had made the whole Ulster cycle of Irish Iron Age mythology accessible to a new audience. The poet William Butler Yeats wrote the Preface to the book and with Lady Gregory and others went on to found the Abbey Theatre, later to become the National Theatre of Ireland, in 1904.

Roosevelt’s newly discovered correspondence with T.P. Gill, the Secretary of the Irish Department of Agriculture (recently published in the Irish Times), indicates that he had obtained a copy of Lady Gregory’s book from Gill in 1903 and had also ordered a copy of Douglas Hyde’s A Literary History of Ireland. Hyde had helped found Conradh na Gaeilge (the Gaelic league) in 1893 and later served as President of Ireland from 1938-45. His Literary History of Ireland dealt with literature in the Irish language from the time of the Celts to the eighteenth century.

Roosevelt clearly enjoyed the work of the Irish Literary Revival and especially the new interpretation of Irish mythology and in 1907, while still in the White House, published an essay in The Century Magazine entitled The Ancient Irish Sagas. The essay was an appreciation and discussion of what is known as the Ulster Cycle. Roosevelt dealt with the Ulster Cycle in the context of North-European literature and made comparisons with Norse Sagas and Arthurian Romances. 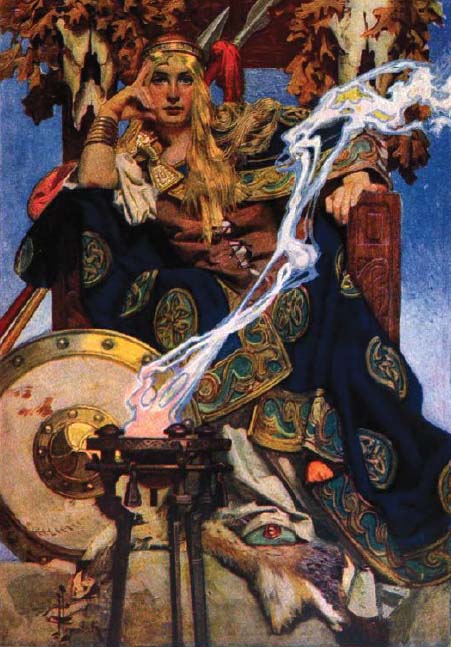 Illustration of Queen Meave from Theodore Roosevelt's 1907 article in the The Century Magazine.

In the essay Roosevelt noted that:

In our own day there has at last come about a popular revival of interest in the wealth of poems and tales to be found in the ancient Celtic, and especially ancient Erse, manuscripts, – the whole forming a body of prose and poetry of great and well-nigh unique interest from every standpoint…

He regretted that littlie research had been carried out in America on Celtic literature and recommend that chairs of Celtic should be established in the leading Universities. He also wanted to see popular versions of the poems made available for the layman. Roosevelt was interested in the world that the tales conjured. He commented:

They played chess by the fires in their great halls and they feasted and drank and quarrelled within them, and the women had sun-parlors of their own.

Roosevelt’s interest in culture, world literature and emerging literary trends marks him out as one of the most interesting people to have held the office of President. Where it not for Roosevelt’s many other accomplishments that fact alone would make him worthy of our interest.