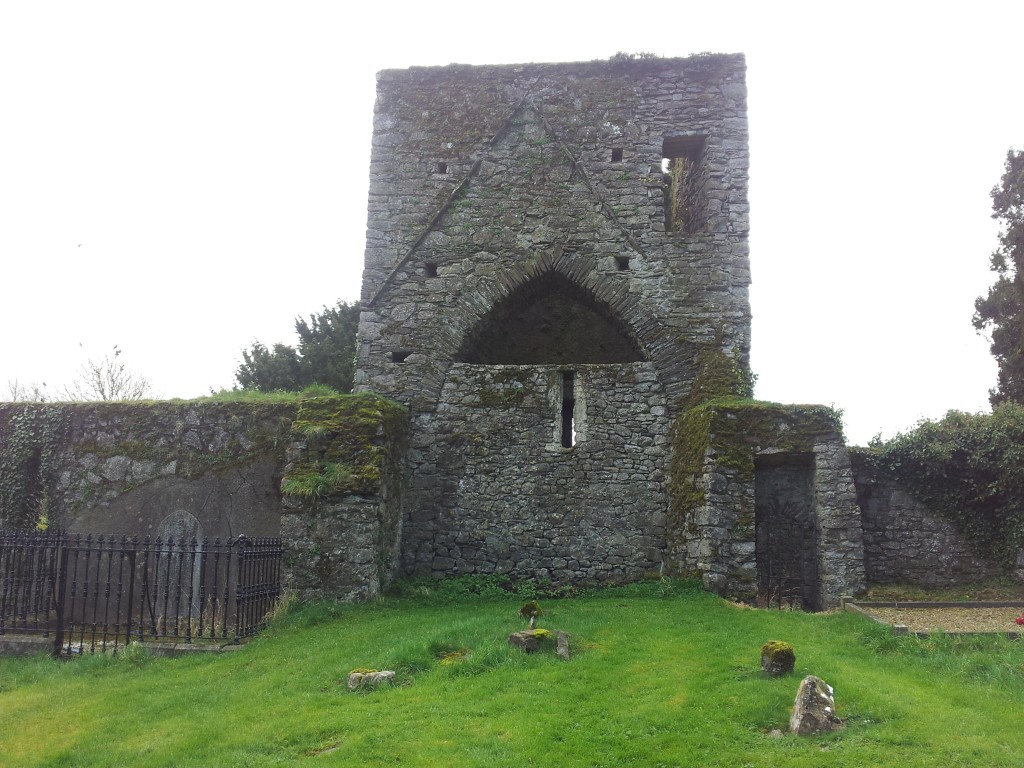 The Perceptory of the Knights of St. John of Jerusalem at Tully near Kildare

For three hundred years the town of Kildare was host to a house of crusader knights.

The Knights of St. John of Jerusalem, also known as the Knights Hospitaller and the Knights of Malta, originated in the early twelfth century as an international monastic order based on the rule of St. Augustine. The order was established for the care of pilgrims travelling to Jerusalem. The Hospitallers eventually grew into an international army of mounted knights recruited from intending crusaders. Unlike the other monastic orders the Knights Hospitaller consisted of military knights, chaplains and infirmarians who looked after the sick. The order was organised into a central Priory and Perceptorys. A Perceptory was usually headed by a Knight who had served on campaign with one or more confrators and chaplains, squires, officials and servants. The Perceptory’s function was to entertain strangers, support a hospital and recruit and train Knights.

In 1174 the Knights Hospitaller were established in Ireland when they were granted land by Strongbow, then Lord of Leinster, for the construction of a Priory at Kilmainham. Sometime after this lands were granted to the Hospitallers for a Perceptory at Tully, outside Kildare town, either by Strongbow or his successor as Lord of Leinster William Marshall. The Perceptory at Tully was confirmed to the Knights by Pope Innocent III in 1212 (Gwynn and Hadcock 1970, 338-9). The site of the Perceptory at Tully may have been an early medieval monastery called Tulach-Fobhair founded by St. Fechin. Tully was one of three Perceptorys of the Knights in Co. Kildare, the other two were at Kilteel and Killybegs. The site of the Perceptory is now in the grounds of the Irish National Stud outside Kildare town, it is a Recorded Monument No. KD022-034—.

The Perceptory at Tully had a number of outlying farms that were let to tenants in return for rents. These farms were in lay hands and had no ecclesiastical or religious buildings. In the Ecclesiastical taxation of Ireland of 1302-6 for the Diocese of Kildare the Knights Hospitallers were noted as being rectors of the churches at Rathbride, Dunen and Kylcork (Sweetman 1886, 244-5). These rectories were not part of the monastery but parish churches that came under the control of the Perceptory. The Perceptory appears to have been a popular house with guests and corrodians, wealthy lay people who used religious houses as retirement homes.

The Perceptory of Tully operated for about three hundred years before it was dissolved in 1538 and the lands taken into the hands of King Henry VIII. The last Perceptor John Walyngton, also a sub-prior of Kilmainham, received a pension from the state of £16 per year. An inquisition held on the King’s behalf recorded that the Perceptory manor at Tully consisted of one castle, three messuages a (dwelling house with outbuildings and land), one cottage, one orchard, one garden, one watermill and 160 acres. The Perceptory also owned the townlands of Kylbegge, Ballybolle and Balylad, Moreton, Frereton, Brabessa, Termen and Prompelan which were leased to tenants in return for rents (White 1943, 96). That year Tully and its lands were leased by King Henry VIII to David Sutton a prominent Kildare landowner. In 1628 the Perceptory lands of Tully were erected into a manor and were confirmed to Sir Peter Sarsfield by King Charles I (Morrin 1863, 358). Eventually these lands came into the hands of Patrick Sarsfield the famous Jacobite soldier and 1st Earl of Lucan.

Morrin, J. 1863. Calendar of the Patent and Close Rolls of Chancery in Ireland, Charles I. London.

One thought on “The Knights of St. John of Jerusalem at Kildare”